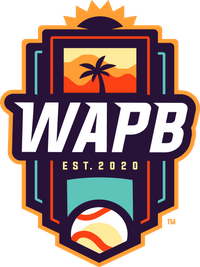 A NEW LEAGUE IS BORN

Newport Beach, CA – The Board of Directors representing the development of North America’s latest premier independent professional baseball league development, proudly announcing the official formation of the Western Association of Professional Baseball Clubs (“WAPB”) an association of independent professional baseball clubs owned by individual ownership groups throughout the Western United States. The League plans to kick off its inaugural season in June of 2020 and is expected to host 8 teams to be located throughout Arizona, California, Colorado, and Nevada.

The League’s inaugural season will feature a 78-game regular season schedule to begin in the third week of June and wrap up in the first week of September with the top four franchises in the League advancing to the Western Association playoffs in hopes of being crowned League Champion.

Seasoned professional sports and media executive Peter Young who is tasked with leading the League’s business had this to say about the start-up Western Association, “I’m looking forward to another startup opportunity.  I was fortunate enough to be with the Winnipeg Goldeyes in their first two seasons in the Northern League, winning a championship in 1994.  Then in 2005, I was named the president of the Calgary Vipers as we came into existence a mere two (2) months before the season started but only missed the playoffs in the inaugural season by half a game.

Like many premier independent professional baseball leagues, the Western Association will seek the highest level of talent available and the League and its’ teams will look to take advantage of the amazing talent pool of the regions we service with both inexperienced players and those with Major League Baseball playing experience that remain unsigned calling the warm-weather states that round up our market home.

We look forward to serving markets now and in the future that has had limited exposure to professional baseball yet have the right formula of a growing population, strong corporate sector and like most great communities an ever-growing need for affordable family entertainment.

As we announce our birth, please stay tuned for additional announcements and in the meantime please be sure to follow us on all of our social platforms and be sure to check back often.

The league does have an official website up and running as well at: westernprobaseball.com

The site does have an ABOUT US section (similar to the info found in the press release) and a section on the STAFF involved.

Beyond this information, not much else has become available. Stay tuned to Indy Ball Island in the upcoming weeks and months for more information.