The end of the regular season for the Frontier League is just the beginning of some difficult decisions for various teams and cities. 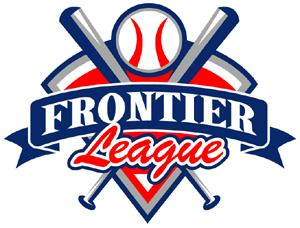 News has gotten out that The Traverse City Beach Bums are looking to sell and possibly become a team in the Northwoods League, a collegiate summer baseball league, next year.

The Traverse Ticker reported that an official announcement may be coming this month once the season ends, but everyone with the team is being quiet for now.

“At this time we’re not ready to make an announcement about anything in reference to that,” says Joe Chamberlin, who is slated to become CEO of the Grand Rapids area-based team at the end of the 2018 season. “We’ve known [Beach Bums owners] John and Leslye Wuerfel for many years.”

Beach Bums Chief Financial Officer and General Manager Leslye Wuerfel did not respond to requests for comment on a possible sale.

Another team that may be heading in the same direction is the Normal CornBelters.

Last year, the CornBelters discussed moving to the Northwoods League or the Prospects League, but ultimately returned for another season in the Frontier.

Now, they’re still open about leaving the Frontier League and are looking at all their options.

As the CornBelters closed their ninth Frontier League season Sunday, team president Steve Malliet sees his franchise in much the same position it was a year ago.In other words, the Belters may have played their final Frontier League game.

“Just like last year, we always take a look at our options at the end of the year to see what we think is best for the organization moving forward,” Malliet said.

And finally, baseball in Joliet may be coming to an end.

In July, The Herald News reported that the city of Joliet was looking to expand the use of the stadium beyond baseball and it seems as if they were keeping their options open.

The Slammers, who are in a one-year lease with the city that ends this month, said that they need an agreement soon to stay in the Frontier League.

The Slammers’ attorney, Michael Hansen, spoke this week with both the full City Council and the council’s Stadium Committee, noting the team needs to assure the Frontier League that it has a place to play next year.

“We have obligations in the league to let them know that we will field a team by mid-September,” Hansen said. “Time is of the essence.”

As of July when the issue was first brought to attention, it sounded as if the Slammers would be coming back.

Council member Michael Turk, a member of the Stadium Committee who has been asking the staff for status updates on lease negotiations, said he believes the plan is to renew with the Slammers.

“I haven’t heard that we are looking at anybody but the Slammers,” Turk said.

But the city and Slammers so far have not begun negotiations, he said.

Even with the Slammers in the playoffs for the third consecutive season, it appears as though no agreement has been reached (at least not one that has been officially released to the press).

With three teams (so far) that may not be returning for the 2019 season, the Frontier League could possibly be in for changes that affect play for next summer and beyond.

If an odd number of teams leave, will the Road Warriors/Frontier Greys team be back in action?

Will there be any new teams planning to join the league in the upcoming seasons?

Once the playoffs come to an end, I’m sure answers – and probably more questions – will arise.

UPDATE (9/18) The Joliet Slammers and the city of Joliet have agreed on a new five-year lease. Read all the information HERE.