Although it has not been officially announced (that I have noticed anywhere), it appears as though the Frontier League has tweaked their roster rules, including increasing the age to 28 (from 27), and adding four veteran roster spots for players over the age of 28.  The minimum number of rookies also went down from twelve to ten.

Most of the basic rules, including exemptions and rule regarding pay-to-play leagues have remained the same. 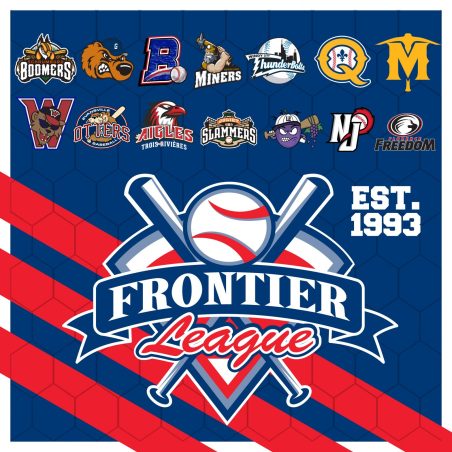 During the off-season, teams may have no more than thirty-four (34) players on their active roster.  There is no classification limit for the off-season roster.  Players signed out of the California Winter League or selected in the Frontier League Draft are exempt from the 34-player limit.

Each club must carry a minimum of ten (10) rookies (combination of Rookie-1 and Rookie-2 players) with no professional experience other than specified below and may carry a maximum of ten (10) players classified as Experienced-2 or Veteran during the regular season and playoffs on their active roster.

No player or player/coach may have attained twenty-eight (28) years of age prior to October 1 of that playing season with the exception of the four Veteran classification players as described below.

Players without prior affiliated baseball (MiLB) experience must be at least 18 years old to play in the Frontier League.

Veteran Classification: The Veteran classification is for a player who is over twenty-eight (28) years of age prior to October 1 of that playing season.

Minimum Appearance Exception:  A player must have accrued more than 75 at bats, 15 games pitched, or 30 innings pitched in a season for that season to count toward the classifications.

21-year Old Exemption:  Any player who is twenty-one (21) years of age or younger on or after October 1st of any season and is entering his first year in the Frontier League, regardless of any prior professional baseball experience, will be considered no higher than a Rookie-2 by Frontier League Rules.  For the 2020 season, a birthdate of October 1, 1998 will be the cutoff to qualify under this provision.

Military Exemption:  Players who have served on active military duty will receive an exemption to the age limit of one year for each year of active duty that was served.

Click here for more information on the California Winter League.

Players who participate after May 1, 2018 in a pay-to-play league or a league that charges a fee to attend their spring training will be ineligible for the Frontier League unless the player has had contact with the Frontier League.

Please note that this provision is not retroactive and only applies to players participating on one of these leagues after May 1, 2018.