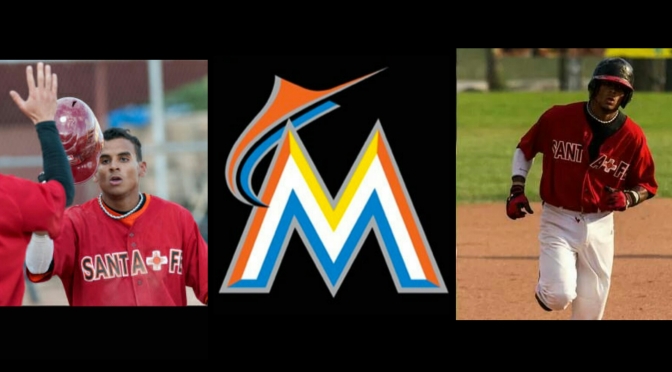 Omar Artsen was almost about to give up.  After playing college baseball at three different schools (ASA junior college, Missouri Baptist University, and Brewton Parker College), he wasn’t sure that baseball was in his future after graduation. Ultimately, he ended up at a day job working in finance in New York. It was here that the 24 year old changed his life and reinvented himself.

“Being around successful people all the time kinda shows you how their minds work… how positive they are and how they manifest their own luck and success. They even gave me a couple of books to read, and I realized that mindset was the missing link to my game. After I read those books, I packed my bags and gave it another go” Artsen explains.

With his friends and family’s encouragement, he headed south to train in Florida knowing that this could be his last chance to make something happen.  He spent the winter months in Florida training with minor league coach Benny Castillo. Artsen was working out alongside guys who were as young as 17, but that never discouraged him.  All it meant was that he had to work harder to prove to everyone that he still had what it takes to play.

After four months, Artsen once again packed his bags and hit the road. This time, he ended up in Santa Fe with the Fuegos of the Pecos League.  With a new mindset and outlook on life and baseball, Artsen came into his own as the starting 2nd baseman in Santa Fe. He was named to the mid-season All-Star team and was an integral part in helping the Fuegos win the championship.  He finished the season batting .397 and set a new Pecos League stolen base record with 52.

When asked about his time in the Pecos League, Artsen replied that “the Pecos lives up to its reputation… but it’s still pro ball, and you still get the opportunity to get to the next level. When you keep that in mind, the Pecos can be a fun place to play.”

And he sure did have fun while making the most of the opportunity given to him.  Artsen quickly became a fan favorite. On the field, he dazzled with his base running, but off the field he became a star as well. He was always the first guy to sign up for volunteer activities in the community and loved being around kids.

His manager, Bill Moore, talked fondly of watching him play. “I love him to death. He’s just a fun guy to be around. Omar is a risk-taker, but it pays off more times than not.  He just puts out everything he’s got. He’s a very exciting guy to watch play. Wherever he ends up playing next season, fans are going to love him.”

This time his risk-taking really did pay off.  After the season, Artsen was signed to a minor league contract with the Miami Marlins; however he was one of the last ones to know that they were interested in signing him. He didn’t have a cell phone at the time, so his friend sent him a message through Facebook and told him to call ASAP.  As it turns out, many people within the Pecos League already knew about the offer and were all trying to get in contact with him.

This is a very big deal for the Pecos League as a whole.  In all of 2014, 41 players were promoted to higher leagues.  Of those 41, only 4 of them were given contracts by an MLB organization.

In February Artsen will once again pack his bags and head south to Florida, but this time he will be going as a professional baseball player.

“I’m looking forward to competing with the best players in the world and pushing my game forward. Every part of my game has to improve. I’m not just trying to survive in affiliated ball. I’m trying get to ‘The Show'” Artsen stated.

He knows that he has a long road ahead, but he is confident in his abilities and is ready for whatever comes his way next. “I know that I work hard, and I’m as mentally strong as they come… I’m just going to keep improving to get where I want to go.”

Omar Artsen is not taking this new opportunity for granted.  The sky is the limit for this hard working 24 year old who is out to prove everyone wrong and beat the odds. 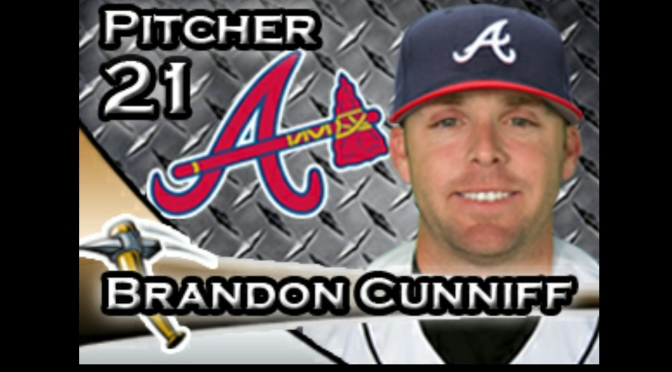 At the age of 21, pitcher Brandon Cunniff was drafted by the (then) Florida Marlins in the 27th round of the 2010 MLB draft.  He appeared in 17 games for their Gulf Coast League rookie affiliate and 1 game for their short season New York Penn League affiliate in 2010.  In 34.2 total innings, he accumulated 36 strikeouts and 5 saves en route to a respectable 2.34 ERA in his first taste of professional baseball.  However, Cunniff was released before the 2011 season began.

Not wanting to give up, Cunniff turned to independent ball to keep his baseball dreams alive.

In 2011, he signed with the River City Rascals of the Frontier League. He became a dominant closer for the Rascals during the season. In 44 appearances (46.2 IP), he had 53 strikeouts with 9 saves and a 1.54 ERA all while finishing with a 4-0 record.

In 2012, he returned to his role in the Rascals bullpen. After appearing in 28 games, striking out 55 and earning 4 saves, he was traded to the Southern Illinois Miners. Here he finished out the regular season with another nine appearances and 4 saves, striking out 10 hitters in 10 innings.

Cunniff was a great late season addition to the Southern Illinois bullpen as they made their playoff push.  In the post season, he appeared in five games, recorded 4 saves and struck out 9 in only  5.2 innings of work.  His great work closing out games helped propel the Miners to the 2012 Frontier League Championship.

He began the 2013 season back in Southern Illinois.  After 12 innings in as many appearances, Cunniff recorded 8 saves and 23 strikeouts.  He was second in the league in saves when he finally got the news… He was getting a second chance in affiliated ball. After spending two and a half seasons improving his pitching (including increasing his velocity), dominating hitters, and proving himself in the Frontier League, his hard work and perseverance finally paid off.  Cunniff ended his time in the Frontier League with impressive stats;  Overall, he went 7-0 with a 1.57 ERA and 25 saves in 93 appearances.

The Atlanta Braves purchased Cunniff’s contract on June 21, 2013 and sent him to the team’s High-A affiliate, the Lynchburg Hillcats.  He appeared in 20 games for the Hillcats, striking out 39 in 31.2 innings on his way to a 1.99 ERA to finish the season.

Cunniff started the 2014 season in Lynchburg, but quickly pitched himself to a promotion.  In 9 appearances, he pitched 15.2 scoreless innings only allowing 5 total hits while striking out 21.  He then brought his 0.00 ERA to the Double A Mississippi Braves, where he continued his impressive scoreless streak into his first two appearances with the MBraves. The higher level of competition didn’t phase Cunniff.  He finished the 2014 Double A season with a 3-0 record and 52.2 innings pitched in 33 appearances.  He also recorded 50 strikeouts and had a 2.05 ERA.

His great performance recently earned him an invite to play among the top prospects in baseball in the Arizona Fall League. Currently with the Peoria Javelinas, he has pitched 6.2 innings in 5 appearances with 6 strikeouts.

His rise through the Braves organization is impressive and an interesting story to follow, but what’s more interesting is how a player like Cunniff was stuck on Indy Ball Island for so long. Players of his caliber are not often hidden in independent ball for over two years.  The Braves got a steal of a deal when they found this hard throwing pitcher in Southern Illinois.

The Miners have a motto: “Miner For Life.” You’ll always be a Miner even after you’re gone from the team. No matter where you go or what you do, you will always be a part of something special in Southern Illinois. For Cunniff, I think he’ll always fondly remember the team and the Frontier League championship that helped him earn his second chance.