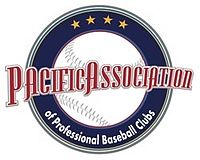 FOR IMMEDIATE RELEASE
Sonoma, Calif. – June 30, 2017 – The Pacific Association of Professional Baseball Clubs has officially added a fifth team. The Napa Silverados will join the league and take the field in the 2018 season.

Silverados owner, Bruce Johnston, entered an agreement with the league to determine if he would move forward as owner by June 30, 2017. Johnston put in a non-refundable deposit while he determined if there was enough support for an independent pro baseball team in Napa, and he was met with a resounding, “yes” from the Napa community. He notified the league of his intentions on June 28th.

“This is a tremendous opportunity for me, but more importantly for the entire Napa Valley Community,” Johnston said. “This started with the concept of creating fun and affordable family entertainment – which is lacking in the Napa Valley – but has become an idea which is supported by local businesses who want to be a part of bringing Professional Baseball to the food and wine capital of the world. They recognize the terrific opportunities we will all have to give back to a community we are lucky to call home.”

Johnston added, “I have to say that the owners and staffs of the teams in the league have been terrific in helping me understand it is about more than just baseball, but that it’s also about working hard to become part of the fabric of the community. I am very thankful for all of the assistance and counsel they have provided me.”

Jonathan Stone, pacific Association Commissioner is excited to see the league grow. “With Napa in the fold, we have natural rivalries all within a reasonable travel area,” Stone commented. “Fans can enjoy their team at home and easily root for them on the road as all the teams are within minutes of each other.”

Johnston is in discussions with Napa Valley College to use their baseball field as the home ballpark for the Silverados. He will invest in improvements to the seating capacity, media booth and concession area. Johnston has been a Napa resident since 2007 and is shopping mall development consultant.

Yesterday, news came out (LMTonline) that the Laredo Lemurs’ season was in jeopardy if the City of Laredo didn’t approve of the owner Arianna Torres’ operation plan for the team.

It appears as though they did not come to an agreement.

The Laredo Lemurs are officially finished and out of the American Association.  A news article posted today (May 3rd, 2017) from LMTonline broke the news:

Laredo Lemurs owner Arianna Torres’ attorney confirmed the “Lemurs’ 2017 season is lost and the team itself has been forever lost.”

In an email statement, attorney Baldemar Garcia said the tragedy was entirely avoidable.

“Ms. Torres was the only funding option for the Lemurs,” he said. “There are no other options available. We proved her position and won her claims in court on April 28, and she enjoyed the full support of the American professional Baseball Association. Unfortunately, that was not enough.”

Garcia said the victims to the “tragedy” include Torres, her employees, players, sponsors, vendors and the citizens and taxpayers of Laredo.

“Ms. Torres invested $2,600,000.00 to improve the quality of life in Laredo,” Garcia further stated. “She is now forced to take her business elsewhere. It was my privilege to represent her.”

On Monday, Laredo City Council will hold a special-called meeting to discuss the operations of the Lemurs for the 2017 season, states an email sent out Tuesday by the city.

The Salina Stockade, who spent last year in the Pecos League, will replace the Lemurs on the 2017 schedule. The American Association has officially confirmed this as well.

The Laredo Lemurs will not operate during the 2017 season and are no longer members of the American Association, League Commissioner Miles Wolff announced on Wednesday.

The Salina (Kan.) Stockade, part of the Pecos League in 2016, will take the Lemurs’ place on the schedule. A limited number of games originally scheduled for Laredo will be played at Dean Evans Stadium in Salina, while the rest will be at the home stadium of the Stockade’s opponent.

The Stockade’s regular season begins May 18 at Wichita.

*Update* The Laredo Lemurs also posted this on their official Facebook page on May 7th:

The lawsuit filed by Arianna Torres was based on FALSE claims. Arianna claimed the team was trying to be sold behind her back, however, the documents attached tell another story. Emails, text messages, and minutes from meetings show that the Torres family was desperately seeking to sell the team. They received a 3 million dollar offer (giving them over 700,000 profit from the sale) and they denied it. They threatened the City of Laredo to give them money to cover expenses to run the team, otherwise they would shut down operations. When things did not go her way, and realizing she could not fund the 2017 season, she withdrew the team from the League. Arianna Torres did not get approval from the City of Laredo or her Board of Directors before taking such a drastic action. As a result of these actions she owes over $500,000 in unpaid bills from last year to include unpaid employees, payroll taxes, vendors and Sponsors who have contracts with the Lemurs who are now left out.

Finally a fact that is not widely known is that the Lemurs is a “community asset” meaning the team belongs to the City of Laredo meaning the team belongs to all of you. Arianna Torres never actually owned the team she only had a management contract that allowed her company to use the Stadium. You can find undeniable proof of this fact in the operating lease agreement between the City and her company. As quoted in an excerpt from the contract:

Direct excerpt from the City of Laredo Contract:

Article VI section 6.6 states:
Community Asset. As the Lemurs are considered a community asset; and as part of the consideration for the nominal base rent is the preservation of the Lemurs as a Laredo professional sports team, the parties agrees as follows:
(A) LBH shall not be encumbered with any debt, unless such debt is disclosed to be approved by the City during the term of this lease, such approval shall not ne unreasonably delayed, condition, withheld or denied; and
(B) To the extent permitted by law, should LBH become insolvent, incapable of performing under the agreement, or attempt to initiate the relocation of the Lemurs to another City, all rights and title to the Lemurs franchise with the American Association of Independent Professional Baseball, and the name and intellectual property associated with the Lemurs shall be transferred to the City.

This is a sad year for Laredo Baseball. We are trying our darnedest to bring baseball entertainment back one way or another! The fight is far from over. We appreciate everyone’s love and support.

Along with this update, the Lemurs Facebook page uploaded 32 pictures of documents regarding the situation.