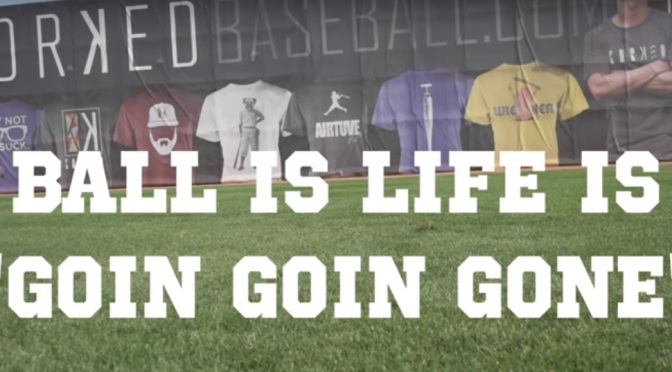 At the beginning of the season, I caught up with Justin Jackson of the Lancaster Barnstormers to talk about joining the indy ball ranks and his new vlog Ball Is Life.

During the season, Jackson created over 20 vlogs on Youtube documenting his life in the Atlantic League. He let fans into an area that they rarely get to see with behind the scenes access, interviews with teammates, and just everyday thoughts about indy ball life.  He also included a look into his personal life and hobbies outside of baseball.

You can check out all 24 episodes of Ball Is Life on his Youtube channel – HERE.

As of yesterday, he also finished creating Ball Is Life.

He isn’t done with Youtube though – far from it actually. In the video, Jackson stated that he wanted to rebrand his vlog, have a fresh start, create even more content and “open more boxes.”

Jackson has assured me that he will let me know when the rebranding is complete. I’m excited to see what he has up his sleeve for the offseason and beyond!

Don’t miss the next chapter of Jackson’s vlogging. You can keep up with him by subscribing to his YOUTUBE CHANNEL as well as following him on TWITTER and INSTAGRAM.

On a side note (shout out!), Jackson is sporting a Mr. I Don’t Bunt t-shirt in his last vlog… a shirt inspired by the song/video from my good friend C.J. Beatty.  Check it out!

After nine years of affiliated ball, Justin Jackson is bringing his talents (and new video blog) to the independent baseball world with the Lancaster Barnstormers of the Atlantic League.

Drafted by the Toronto Blue Jays out of T. C. Roberson High School in 2007, Jackson spent the first eight years of his professional career in the Blue Jays organization. He bounced around the infield and outfield – He was a Midwest League All Star in 2008 as a Shortstop, and a Florida State League All Star as a Outfielder in 2011 – before making the switch to pitching in 2013. With the Blue Jays, he made it as high as Double A as both a position player and a pitcher.

Last year, Jackson started a new chapter in his baseball journey when he signed a free agent minor league deal with the Atlanta Braves. After starting the season in Double A, he spent the majority of the season with the High-A Carolina Mudcats posting a 2.05 ERA with 42 strikeouts in 52.2 innings pitched.

For the 2016 season, this minor league baseball veteran has signed on as a pitcher with the Lancaster Barnstormers in the Atlantic League and is ready to give fans an inside look at his life this season. 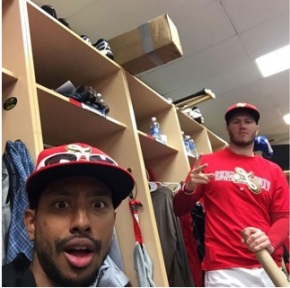 Jackson, who already has a great presence on social media, has created his own YouTube channel and vlog “Ball Is Life.”

The vlog is more than just a video series about baseball (although there’s plenty of that too!) It is an inside look at everything that is Justin Jackson.

In one video, Jackson describes what it’s all about. “I love to create. That’s just it. So I figured this is a great medium for me to  come out and express myself and to just journey my journey. That’s the reason I do it.” It’s an honest look inside a professional baseball player’s life who considers baseball to be just one part of his life.

We are looking forward to following Jackson this season and will be doing a follow-up and Q&A with him as the season progresses!